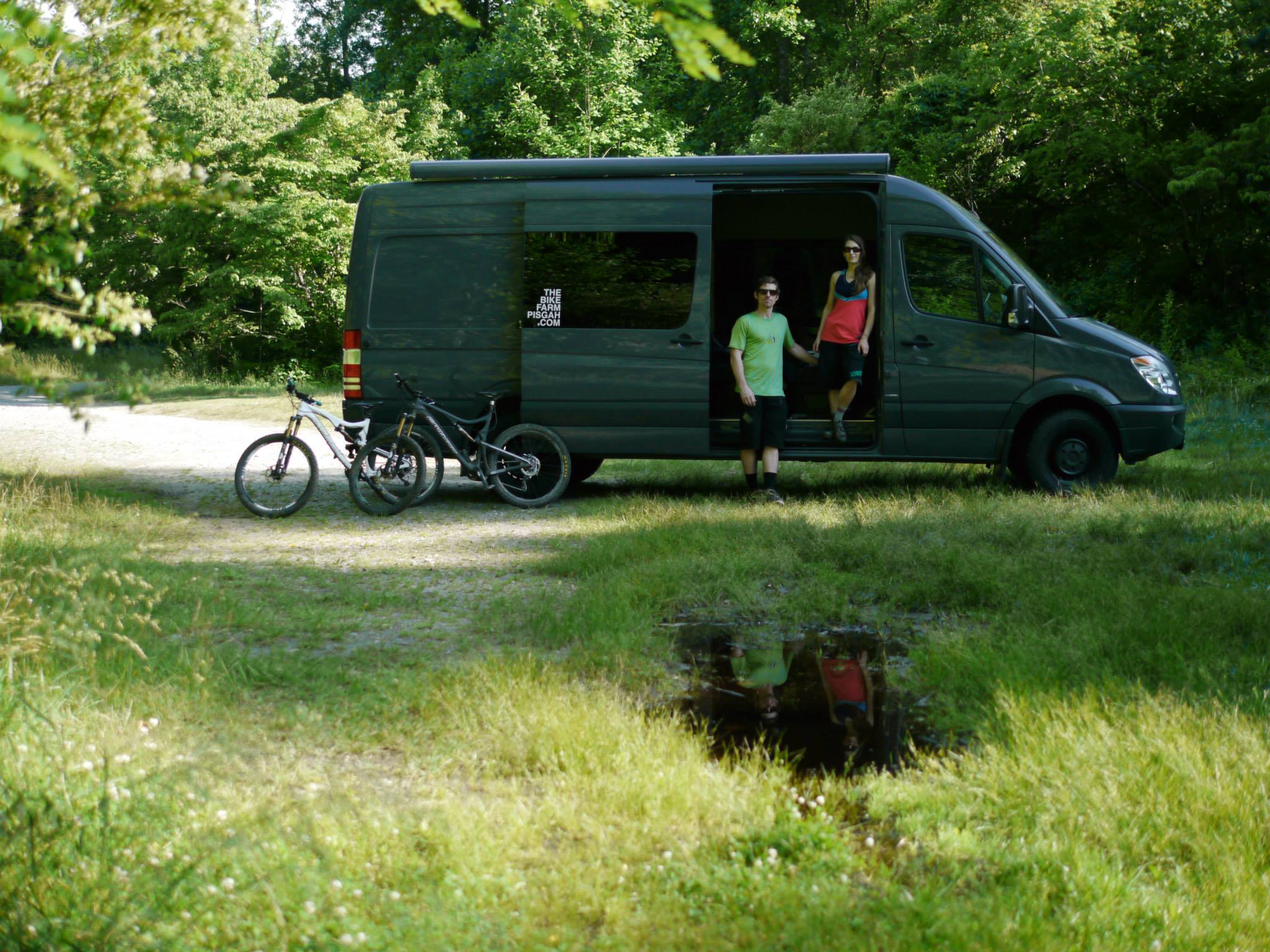 This is the first of many videos we will be releasing at wnc-adventures.com and we hope to continue to bring our viewers quality, story-driven videos about the places, people and adventures that make Western North Carolina such a great place to explore.

This short piece was shot in the summer of 2014 by T.C. Webb and Eric Crews for The WNC Adventure Guide.

Oskar Blues Brewery‘s new 145-acre farm will serve Western North Carolina as an epic beer and bike-fueled destination. Located about 8 miles from the Brevard-based Oskar Blues brewery, which opened in December 2012, the former Shoal Falls Farm soon will be a haven for mountain bikers, a place to grow hops, pasture land for spent grain-fed cows, and a music & event space, all against the beautiful backdrop of Dupont State Forest.

The Oskar Blues REEB Ranch will be home to The Bike Farm, an established bike guide and concierge service, owned by Cashion Smith and Eva Surls. The REEB Ranch/Bike Farm team envisions creating a world-class biking destination for the whole family at the site, which will offer a bike park and direct trail access to Dupont’s miles of single track.

“It’s important to us to keep that trail-side camaraderie in the community,” Katechis says. “We’ve been able to integrate our passions of the brewery, farm, restaurants and REEB Cycles into much of what we do–the Oskar Blues REEB Ranch continues that effort.”

Oskar Blues has kept a grassroots, hands-on feel with ColoRADo projects such as REEB Cycles and the Hops & Heifers Farm, which provides home-grown beef, pork and vegetables to four Oskar Blues restaurants, including a new CHUBurger at Coors Field in Denver. The Oskar Blues REEB Ranch continues that grassroots path in Western North Carolina.

Construction on the REEB Ranch bike park has already begun, and rides from the property will start rolling soon.

The ranch creates a ride-in, ride-out experience with direct Dupont State Park single-track access, pump track sessions, dirt jump progression lines and post ride beers alongside the swimming hole. On-site lodging includes a 1940s cabin at the base of two 43-foot waterfalls and an apartment on the top floor of a venue-perfect barn, while tent camping is also available.

“Whether it’s brewing beer, building bikes, or creating one of the East Coast’s most impressive bike parks, Dale likes to dream big and enable big dreams for his partners,” Smith says.

For the past two years, Oskar Blues has offered the Oskar Blues Ordeal bus tours for a backstage view into all Oskar Blues ColoRADo locations including the brewery, farm, restaurants & bike company during the Great American Beer Festival in the fall. Check out a chance to win a trip to the 2014 Oskar Blues Ordeal (ColoRADo) by signing up & recycling at http://www.obordeal.com/.