About The Fox Fire Music Video

As the folks at Native Eyewear describe them, The Fox Fire “provide the bluegrass soundtrack for Brevard, often performing at art galleries, breweries, and special events where their music infuses beers, sculptures and friends with a kick of native soul.”

In The Fox Fire music video featured below, we got together with the band for a morning of filming at bassist J.T. Linville’s house on the French Broad River. We used a combination of multiple cameras, a stereo audio recorder and a couple of takes from our quadcopter that we use for aerial video production to get some really nice angles of what a typical late summer day is like for The Fox Fire. When the four bandmates aren’t either working, away at school or pursuing other ventures, they can usually be found hanging out down by the river at J.T.’s tree house near Brevard picking a few tunes and coming up with big ideas for their upcoming album, the details of which are set to be released soon. We can’t say enough about the crew over at Motive and their work in editing together the videos for this project. We especially like the retro look they added to this video and think it gives a nice feeling to the Fox Fire music video of  a great day in Brevard. For more on The Fox Fire, check out their website atwww.thefoxfire.com.

Representatives of Native Eyewear, based out of Denver, Colo ., were in Brevard last week as part of their quest to choose the location for the 2014 Native Eyewear Locals Only Project.

Native then works with the locals to curate stories of the community, showing off their outdoor and mountain lifestyles. These stories become the content for the company’s catalog and branding materials.

Lenosky, who lives in New Jersey, was given a tour of some of the area’s best trails and outdoor activities by local adventurers and retail partners to find out what makes Brevard and the county so unique as an outdoor adventure sports destination.

“The riding was great,” Lenosky said. “As an East Coast rider we have a similar riding environment with the roots and rocks and forests, but we don’t have nearly the elevation in New Jersey as you all do here in Brevard. In terms of the amount of climbing and descending that we could do, it was just awesome.”

Lenosky said that while he has visited the Asheville area on previous trips, this was his first visit to Brevard. He said getting a tour by people like Wes Dickson, Dan Ennis and others was great.

“It definitely makes me want to come back,” he said.

“There are so many different places with a lot of different feels to them here,” he said. 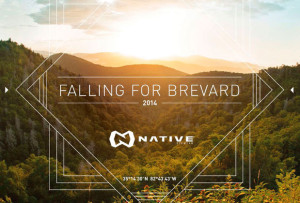 The trip also marked the first ever visit to North Carolina for Kate Heckman, consumer marketing manager for Native Eyewear. Heckman enjoyed the natural beauty of the area and the friendliness of everyone. Heckman said the sunglasses manufacturer went through a lengthy process to narrow down mountain towns across the United States to pick what they considered to be the top five.

“We wanted to include something from Western North Carolina, so we did a lot of research and found Brevard,” she said. “It met all of the criteria and more, so we’re stoked to get to check it out in person.”

Other mountain towns chosen for the project that Brevard will compete against to be chosen as the location for the 2014 marketing include Cody, Wyo .; Taos, N.M .; Flagstaff, Ariz ., and Truckee, Calif.

“The Locals Only Project continues to be a successful driver of the Native brand and consumer awareness, but really, the connection we have to these places runs deep,” says Al Perkinson, vice president of marketing. “By employing and really working with the chosen mountain town locals, the stories and experiences are the authentic insights of what it’s like to be ‘local’ in these great places.”

Their experiences will be compiled into a short video that will be showcased on their website at http://www.nativeeyewear.com.

Voting in the contest will begin June 7 at Native Eyewear’s Facebook page.

“We hope everyone will vote for Brevard because we really want to come back,” Heckman said.

As originally seen in The Transylvania Times 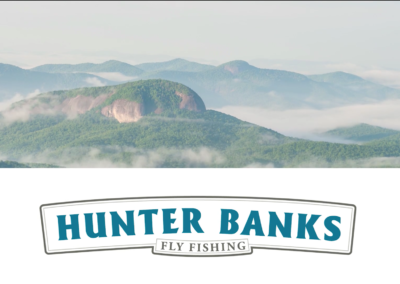 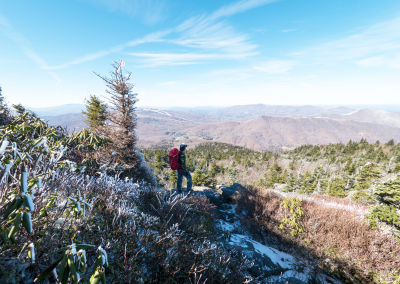 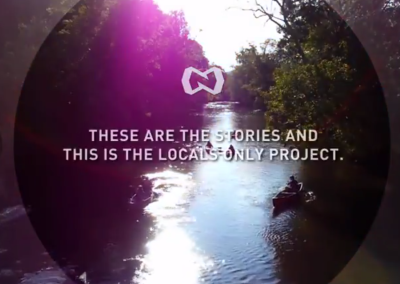 Brevard Through The Native Lens